Hannah is a political science and economics major at Binghamton University in New York. She loves to explore new places and ideas. She (unabashedly) admits that she is a dork and is fascinated by almost anything. 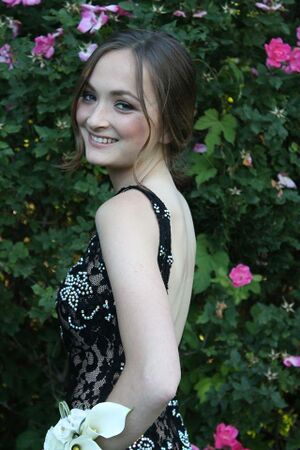 Academics. In the past, she has researched renewable energy and was fascinated with research. At Binghamton, she is the vice president of Enactus, a social entreprenurship organization of students looking to make community changes through entreprenurial ventures. She is a scholar and advocates for the program through their public relations board. As part of her love for baking (thanks to Great British Bake Off) she bakes and sells Challah bread with Challah for Hunger, a Jewish organization that donates sales to food insecurity nationwide. She is a working founder and treasurer for Refugee Action and Awareness, an organization that hopes to raise support of international and domestic refugees, after travelling to Greece and studying the international refugee crisis. She loves frameworks and hopes to combine her political and economics studies to her life pursuits and new enterprenurial interest.

Personal. Hannah loves the outdoors, being active, and soccer. She runs, swims, and rock climbs in her spare time. She is often seen pacing around or standing at her computer while working-- she can't sit still. This is probably a result of her coffee and caffeine addiction. She loves to read and listen to music. When not at school, she is home with her family on Long Island or traveling to museums, nature trails, or places where she can get coffee or chocolate (bonus if both are involved). She has recently started to code and is fascinated by the enigma of cryptocurrency and data.