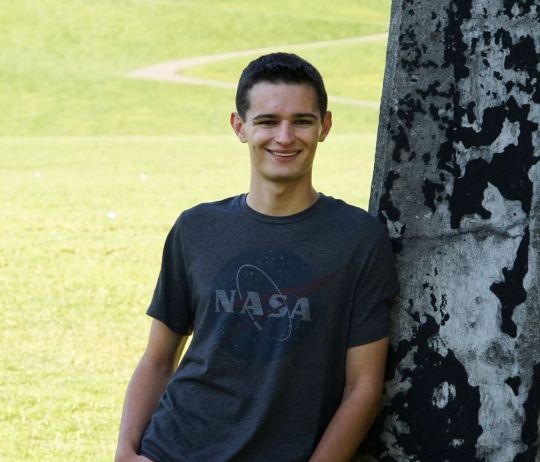 Dylan Hughes is a Junior studying Mechanical Engineering at George Fox University in Newberg, Oregon. Originally from Washington, Dylan decided to go to George Fox because of it's great engineering program that focuses on hands-on learning and the servant mindset.

The reason that Dylan got involved in engineering is because he was on a FIRST robotics team in high school. During that time he realized that his passion for building, analytical thinking, and problem solving could be applied towards a degree in engineering. At George Fox, Dylan has worked on a few projects in varying engineering fields such as building an oscillating air engine, mathematically modeling an amusement park ride in MATLAB, and casting and machining a decorative knife out of wood and resin.

Outside of school and work, Dylan is passionate about movies and hanging out with friends doing activities such as rock climbing, longboarding, and playing games. After graduation, Dylan hopes to either work as an engineer in a field related to materials or aerospace, or go on to graduate school to learn more about engineering.