Daniel is a sophomore mechanical engineering major and music minor at the University of Pittsburgh. He is originally from Medway, Massachusetts and as a result is a big fan of skiing, hiking, and Dunkin Donuts. At Pitt, he is always trying to find new ways to combine his engineering and music educations in exciting ways. Daniel has always liked math and science, but what really made him happy from a young age was music. Throughout middle school and high school, he was in choruses and musicals. He started visiting a local nursing home in his final year of school to perform oldies for Alzheimer’s and dementia patients. It was in that nursing home that he first witnessed how truly powerful music can be, bringing new life to an often forgotten community. Through his first few semesters at college he did research on the effect of music technologies as a therapy tool and worked on an engineering team to create the project “Integrating Music and Art Composition,” which won First Place for Best Integration of Humanities at the Swanson School of Engineering’s 2016 Spring Design Expo. He plans to keep searching for opportunities to combine music and engineering in his time at Pitt as well as in his future career.

But Daniel would like to think life is about more than just academics. Daniel tries to live his life by the words “be present.” He first encountered the idea of being present at Nazareth Farm in Salem, West Virginia. Nazareth Farm is a faith-based home repair organization built on community and simplicity. Groups from colleges and high schools can come for a week of service and living simply. There’s no technology, no phones, no waste, and no distractions. It’s amazing how easy it is to build community and create lasting relationships with people when you push aside the distractions in your life to just be present to yourself, to others, and to the world around you. Daniel tries to live his daily life by being present, whether it’s at home, in an engineering class, or back at Nazareth Farm.

Daniel likes being outdoors, making music with his friends, and traveling. One day he hopes to hike the Appalachian trail and go on a cross-country road trip. Until then, he’s happy taking walks with friends in Schenley Park in Pittsburgh. 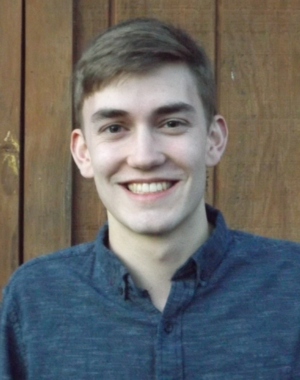