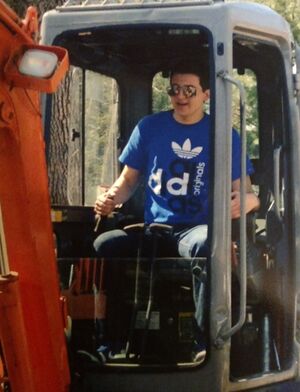 Dan Woronick is a 19 year old sophmore civil engineering major.  He loves to be working with his hands on different physical projects such as remodeling houses or putting roofs on garages by himself to make extra money in his free time.  He also loves to go to concerts.  He has been to over 50 shows so far in his lifetime.  His other hobbies include fishing, hunting, quading, and snowmobiling.  He would rather be going over 100mph on his snowmobile in negatuve 30 degrees through the Canadian tundra that lay on a beach somewhere down south.  Dan has had a fair share of health problems as well.  He broke both of his knee caps playing high school football, broke his wrist when he was dropped while crowd surfing at a dubstep festival, and broke his foot while racing friends on quads.  But through all of this he has been able to remain optimistic.