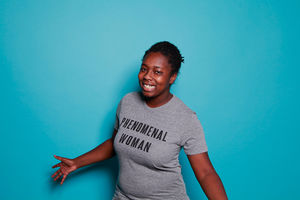 After taking an interest in space science she led several programs involved in research in space, including the NASA Microgravity Undergraduate Research program during her second year, where she worked closely with former astronaut Barbara Morgan. Other programs included the Space Broncos who accomplished a downlink with International Space Station and later a research grant from the Miles Undergraduate Research Initiative where she studied Augmented Reality. At the end of her second year, she accepted an internship at HP and began developing robotics in the Robot Development Lab. She then advanced to another internship at HP Inc’s headquarters in Palo Alto, California as a Machine Learning Intern studying a new generation of smart robotics.

Most recently, Camille completed a 7-month robotics internship at Google X in Mountain View, California. She has spoken at the Non-Profit Technology Conference in Washington D.C. and the Humanity.ai conference in SF on Cultural Bias in artificial intelligence. And finally, she has spoken on student leadership several times including a speech that introduced President Obama at Boise State in 2015.