Brett (Teng) Gao joined UIF as a junior at Washington University in St. Louis. Before attending college in the US, he grew up in Beijing with exposure to one of the most active tech centers in the nation. He majors in statistics, biology and minors in computer science. 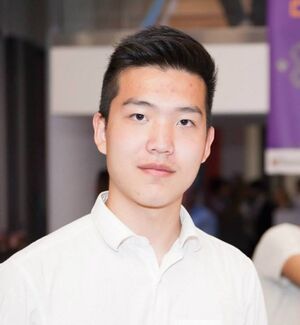 To Brett, entrepreneurship means creating value while solving a problem for others. As a freshman, he led a start-up team at IDEA Labs (now Sling Health), a med tech startup incubator national network originated at Washington University School of Medicine. The project aimed to address the need of a type of user-friendly medical compression stockings for elderly patients. On his campus, he co-founded a popular science journal, WUPopSci, with the aim to facilitate technology transfer by connecting scientific innovations with local businesses. The same idea later inspired a campus-wide competition on commercializing university/industry patents, organized by the Skanalaris Center for Entrepreneurship and Innovation of Wash U. During his college years, Brett also contributed to multiple scientific research projects. He was involved in the development of 3D bioprinting technology at Wake Forest Institute of Regenerative Medicine in the summer of 2016. He later discovered his passion for research and application in the field of bioinformatics, and joined a lab at Mcdonnell Genome Institute as an undergraduate researcher. He aspires to found his own company in genomic sequencing and analysis in the future. In his spare time, Brett likes working out, dressing up, playing smash, and getting involved in his fraternity.