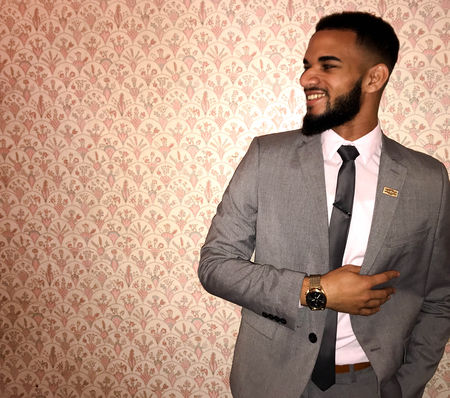 Brandon Baker is a junior level Finance major with a minor in Management Information Systems, currently studying at Rowan University. His anticapted graduation date is may 2019.

Brandon became interested in the field of finace at a young age. In his youth, he put his passion of money together with his talents in math and decided he wanted to work at a bank. As he grew, he refined that ambition from working in a bank to wanting to be an accouting. After taking some accounting classes, though, he found the topic boring and unchallenging. By his sophomore year, he switched his major to finance because it was more a challenge in life. Brandon does not want to take the easy road in life.

Brandon has a passion for fiancial literacy. He believes everyone should know the language of money and believes that is a great starting point toward financial equality. Later in his life, Brandon plans to give back to his community by offering free classes teaching those willing to learn how to be financially literate and not afraid to handle money.

Brandon Is excited about become a University Innovation Fellow because he wants to learn how to teach people how to think outside the box when it comes to bettering themsielves for their future. The training UIF presents to him will be beneficial to his growth as an individual, and later he can help those around him grow.