From University Innovation Fellows
Jump to navigation Jump to search
Allen Liu is a University Innovation Fellow candidate at the University of Miami. A third year neuroscience student, Liu aspires to become a physician. Although becoming a physician has been a long-held ambition of his, he regards research as the cornerstone of medicine. Thus at the University of Miami Miller School of Medicine, Liu has contributed to projects investigating hypoglycemia, diabetes, and stroke. 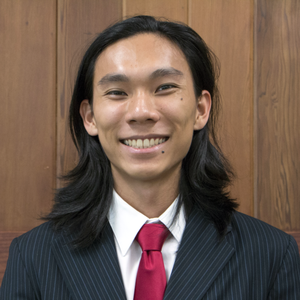 He is also interested in public health, taking on a leadership role in his school’s UAID (United Against Inequities in Disease) chapter and organizing on-campus events to promote wellness. In his gap year between graduation and medical school, Liu hopes to get more hands-on experience studying public health or as an agent of public health.

In the fall semester of 2016, Liu founded the University of Miami Bicycle Club with other cycling enthusiasts (including fellow UIF candidate Yujia Zhou). They have secured over $1300 of University funding for bicycle repair tools and a $500 grant to start a series of community bicycle repairs to bring basic bicycle maintenance and repair to those who cannot afford the premiums that come with bicycle repair. He loves cycling, and his goal is to improve the Miami bicycle culture and get more people active and on bicycles. Currently, he is recovering from a cycling accident that left him with a broken clavicle, but he can’t wait to hop back on the saddle.