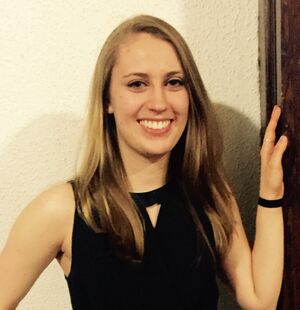 This past year Emily was an Affinity Leader of Bucknell’s Entrepreneurship and Innovation themed house. Under this role Emily planned programs for students to interact with successful innovators and entrepreneurs that have some connection to Bucknell as well as events that fostered creativity and collaboration. Many different academic majors were represented in the house, though it was primarily composed of engineers. This is what inspired Emily to help promote a more inclusive, interdisciplinary educational environment at Bucknell. She plans to do this by advertising design and business competitions more widely across campus, further developing the design competition that she helped to run last year, and attempting to break down barriers between academic departments.