BIO:Life starts with baby steps. Batavia, IL is where I spent the first 21 years of my life. I'm 24 now and it's the really the 3 years in 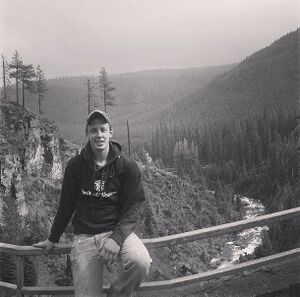 between that have accelerated my path to this point. Batavia is a small Chicago suburb full of opportunity. When I was young that opportunity mostly meant getting in to trouble, heartache, meeting some of the world's smartest people, a lot of exposure to what I didn't want to be like when I grew up, and plenty of opportunity to figure out how to do and think for myself from a young age. I was a bright kid up until middle school and high school. At that point I was getting a C, D, or F in everything but Television/video production and Building Trades. I Aced those classes. The high school gave me the opportunity to be the first person to ever take the advanced course in video production. They even gave me a scholarship. After graduating all I wanted to do was go to film school. To make a long story short life really started to kick me in the teeth for three years. Ultimately I moved to Bend, OR for two years. There I worked doing video and construction for several non-profits. I had the opportunity to really learn about having a good life from some very supportive people. It was time to give film school one last shot. Southern Illinois University of Carbondale has arguably the best film program in the state. I showed up with $1,600 in my pocket; mostly leftovers from loans. With no other choice I started what is now a successful growing company and I am currently directing a documentary with a grant from the school. I'm here to learn and to teach others about failure and success through baby steps.