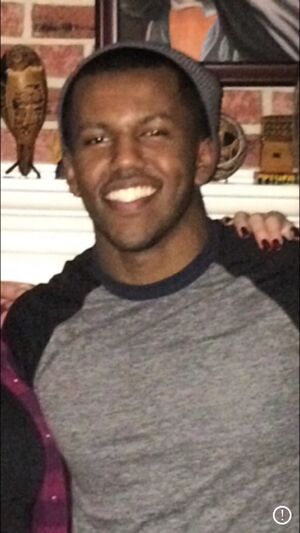 Nahom Fissaha was born in Ethiopia and moved to America when he was five. Since being born he has been curious and enjoyed tinkering by nature. Imagine the number of toys and household items he broke and frantically trying to fix them before his parents found out at age 11....now double that number. He is always trying to learn something and often has his nose buried in some HowTo video or listening to peoples stories. As a young DIYer who loves working with people, majoring in general engineering at JMU's project based program and felt natural for him. As an avid traveler and explorer he is also pursuing a double minor in environmental and geographic science. His growth mindset mixed with his entrepreneurship experience of working with his mother have cultivated a love for working on projects.

Coolest Experience: Being given the oppertunitty to mentor 13 freshmen engineers through their first semester and host a hackathon.

When he is taking a break, he can be found wondering the Shenandoah National Park with friends, painting with acrylics, improving his coffee roasting skills, rock climbing or working at a non-profit called Our Community Place in downtown Harrisonburg.

If you would like to contact him shoot him an email at fissahnm@dukes.jmu.edu and look for a reply within 36 hours.