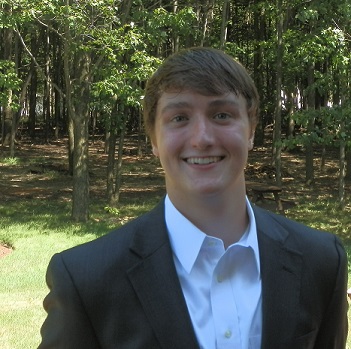 David Fink is a junior Mechanical Engineer at the University of Dayton. He is an avid outdoor enthusiast which he enjoying hiking, biking, and rock climbing to name a few. He has been a piano player/ composer for 14 years and loves discovering new music. In his sophomore year of high school, Fink created a mentoring program to teach middle school students how to build Soap Box Derby racecars. In his senior year of high school alongside his brother, they were able to create a supermileage racecar for the University of Dayton that obtained 375 mpg.

After the experience of racing Derby cars and building fuel efficient racers, Fink decided that working with his hands and designing things was for him, so he became a Mechanical Engineering student at UD. There he became involved with the makerspaces and a few other hands-on programs at school. After talking to a student who happened to at the time be a UIF fellow about how we could make things better at our school, he was appointed to be a UIF Fellow his junior year.

David also enjoys helping out the local Dayton community with the service fraternity Alpha Phi Omega. He also became involved with the American Society of Mechanical Engineers (ASME). He is also involved with nonacademic clubs such as the Outdoor Adventure Club (OAC), intermural volleyball/ basketball, and is working hard to create a Dayton Area Derby racing community.